The fundamental detail for swing trading is determining a market that is trapped in a sideways trading range (also called a congestion area), or in an up-trending or down-trending channel on the chart (remember, channel!). While taking note by the chart, the trader must be capable to discern some clear support and resistance levels that are boundaries of the congestion field or channel. 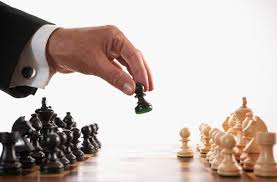 The price could break out the support or resistance boundary anytime, therefore skills to reply promptly, or effective money management strategies are always vital features of a veteran trader. Swing trading methods can be practiced in whatever chart time frame — daily, weekly, monthly and intra-day charts. However, the most generally used timeframe for swing trading is the daily bar chart.

Note that the effectiveness of the support and resistance at the boundaries is commonly influenced by the number of times the market has pivoted at the boundaries. The rule is that the more times a market has reached a support or resistance boundary, and then reversed course, the more powerful is that boundary. It can also be said that the longer continues a channel, the more reliable is that channel. Therefore, a trader prefer to* determine a well-established channel or trading range for which to attempt to swing trade.

An exception to this is a market that has been in a trading range, but is bound by one or two potent spike moves, which also indicate a strong support or resistance boundary. That signifies some congestion areas that could offer a salutary swing-trade opportunity do not require numerous pivot points. As a matter of fact, those one or two spike levels would be determined to be a potentially good pivot area for a market.

The swing trader should still apply tight protective stops. As I remarked, a breakout can occur anytime, might due to bad political news etc…Good money management strategies will keep traders away of troubles. A good area to set a protective stop is exactly outside of a support or resistance boundary that constitutes the trading channel or congestion area. For example, if a market in a trading channel is nearing the upper boundary of that channel, the swing trader would establish a short position and would prefer to place his protective buy stop just above the resistance level that serves as the upper boundary of the trading channel.

In direct contrast, if a market is coming near the lower boundary, the swing trader would establish a long position and place his protective sell stop just above the support level.