The foreign exchange markets are situated all around the world. Currency trading is a global activity. Every country in the world uses money and needs to change that money into other currencies in order to trade or interact with other nations.
Currency exchange happens at every level of society. As an individual, you may have changed money when traveling on business or on vacaation. Or maybe you have sold something on eBay to somebody in another country. Their payment comes in to your account in their own currency, and the bank or other payment processor such as PayPal changes it for you. That is currency exchange at the root level. 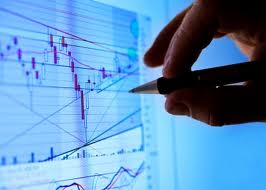 Foreign exchange or forex trading has a different purpose, however. When you are trading on the foreign exchange markets you are not buying another currency because you need it. You are buying it in the hope that it will rise in value, so you can change it back and end up with more money than you started out with.

Of course, it is risky. The price movement could go against you and then you would end up with less money instead of more. So you will want to gather plenty of information about currency trading before you start.

Forex trading began in the 1970s when the major currencies were deregulated so that their values were no longer fixed. The banks and large investors quickly saw the potential for making money from the changing prices.

The main forex marketplaces are the big financial centers of the world. London sees the highest activity with New York second and Tokyo third. Other major players are Sydney, Zurich and Frankfurt.

Originally you had to be in one of those places to trade money, or at least have a telephone connection with a broker who was there. It was very difficult for somebody who was not on the spot to act fast enough to react to the sudden fluctuations in price that can happen in the forex markets.

But modern advances in technology have changed all of that. Since the rise of the internet it has been possible to trade on your own account from anywhere. This means that it has become easier and easier for the little guy to get a piece of the action.

While some people never think about foreign currency from one overseas trip to the next, others are studying charts and financial information or even using automated software in the form of forex robots to make money from the rising and falling prices with the aim of becoming financially free by trading on the foreign exchange markets.